We’re building a new garage! I’ve never lived in a house with a garage. My home on Main Street has a building we call a garage but the widest door is a double door just off the alley that is only five feet wide. You’d never get a car in there. The building had a small room with a three seater outhouse (luckily out of commission and filled it) and small doors for ventilation for the horses before we added the vinyl siding. 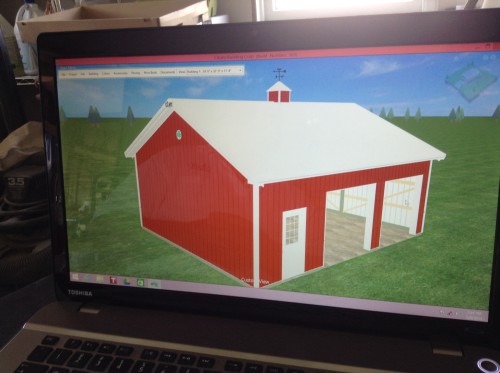 Thursday we signed a contract for a Cleary building. This is a photo of the salesman’s computer screen after all the details were ironed out. We contacted Morton Building first and was so disappointed by the price we actually spent several weeks looking at sheds and other options instead. The price we got from Lowe’s was in the same ball park. Cleary was a full 1/3 cheaper. The buildings we looked at and the owners we talked to were all pleased with their Cleary Building. We contacted several contractors that have still not responded with their bids even though we told them we had the financing in place and we were anxious to get it built.

Demolition of the garage

Before the garage can be built, we needed to get the old one out of the way. The cost to do that was $3,400! We decided to take it down ourselves. Today we emptied the garage, removed the tin roof, the windows and the doors. We are a full day ahead of schedule!

We started by emptying everything we had in the garage into our “gypsy tent.” We used to use this to sleep in during family reunion in West Virginia. I get claustrophobic in a tent if the weather is bad and this was large enough for our extended family and also doubled as cover during garage sales and other gatherings. We’ve really gotten our money’s worth on this one.

Bobby took most of the tin off the roof while we took a break for lunch. 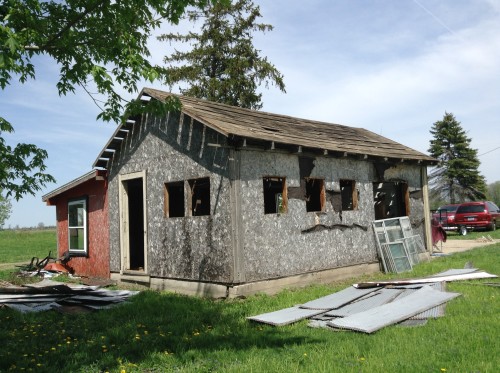 In the afternoon the guys removed the doors and windows while I filled the raised garden bed that we moved from the old house.

I love the shadow lines cast by the tin-less roof. It is probably as leaky now as it was with the tin on! 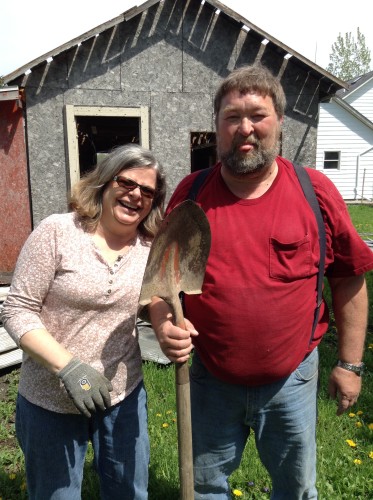 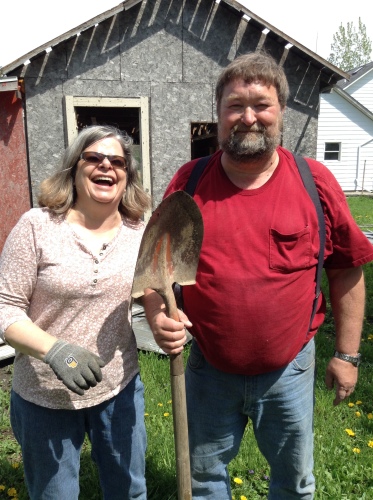 Monday we will rent a backhoe and begin the “real work.” Dave has been itching to get heavy equipment on site for almost a year.